Terre-Bio-Provence, is a building over 100 years old, made of stone from the quarries of St-Restitut, which flourished during the cultivation of broom millet (sorghum). It then expanded over time. In 1987, Richard Arbaud bought it and, little by little, the sorghum granaries were transformed into beautiful rooms to welcome you.

Terre-Bio-Provence farm extends over 17 ha including orchards of pear trees, apple trees, plum trees and meadows for sheep and goats.

The farm has several animals including sheep and goat farms as well as a chicken farm. Young and old alike are particularly enchanted by the farm’s mascots: the donkey Olive and the dog Choubelle. 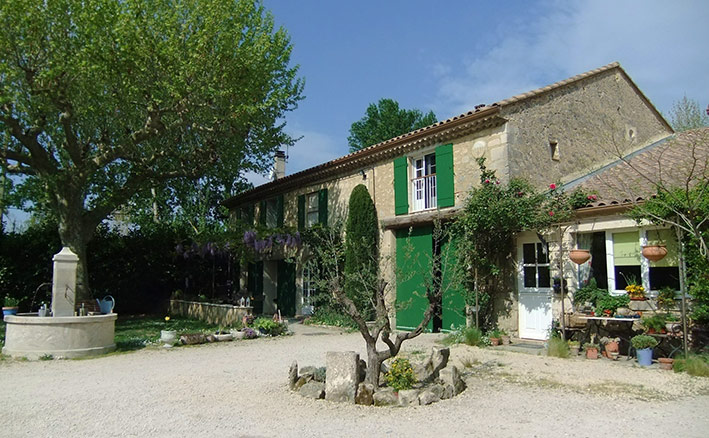